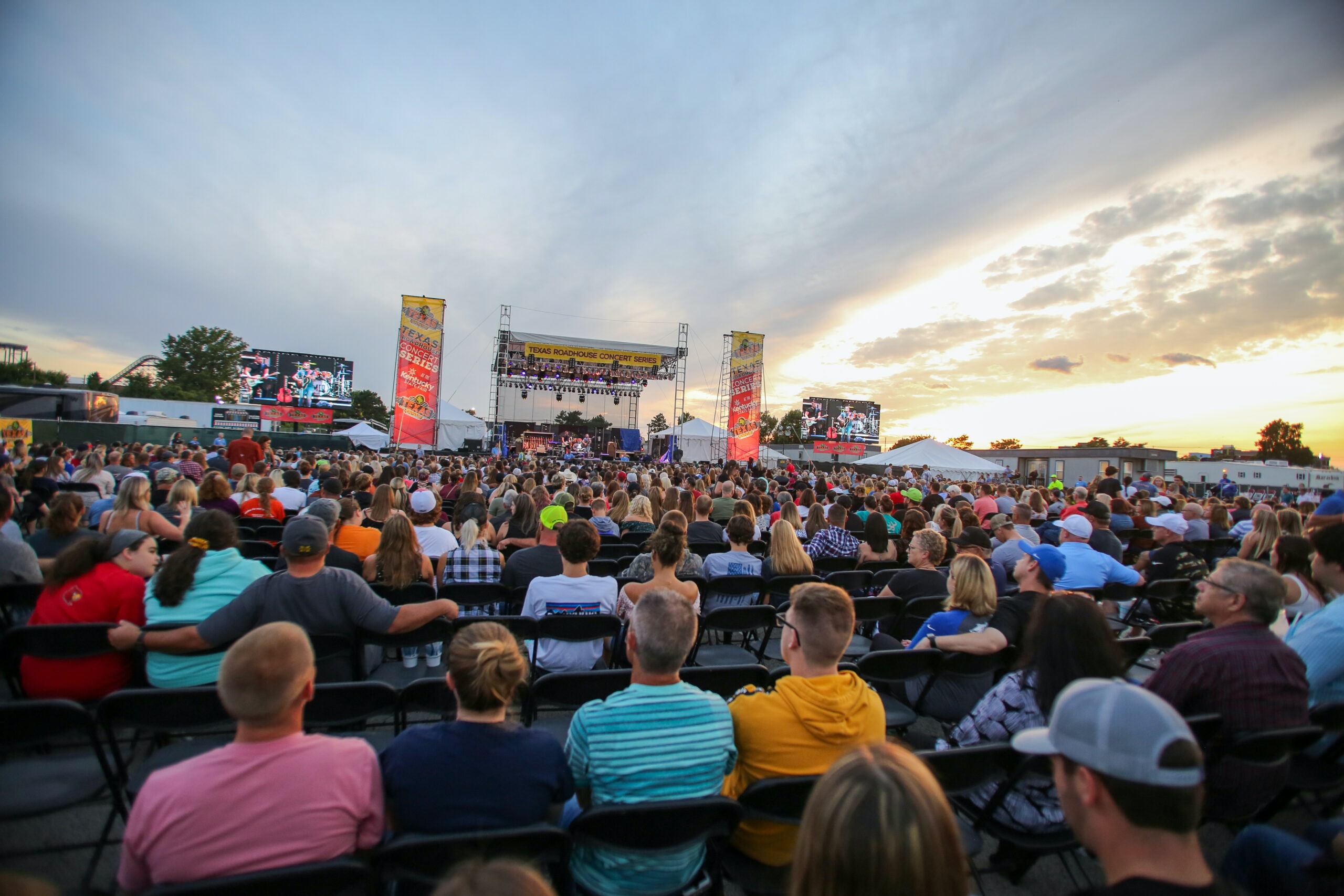 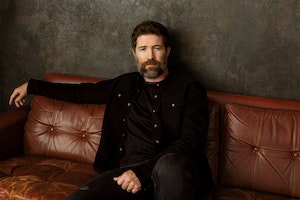 Multi-platinum Nashville recording artist Josh Turner, is one of country music’s most recognizable hit-makers. With a rich, deep voice and distinctive style, Turner is a disciple of traditional country music and one of the youngest members of the esteemed Grand Ole Opry. From his 2003 platinum-selling debut “Long Black Train” to his most recent release “Country State of Mind,” Turner has garnered multiple Grammy, Country Music Association and Academy of Country Music nominations. joshturner.com Hailing from Lancaster, Kentucky, Alex Miller launched to global audiences during American Idol season 19. Miller’s expressive voice lends itself to traditional country and his songwriting has been compared to early George Strait. His skill with guitar and lap steel is evident on stage, but he also plays ukulele, bass and banjo. The hardworking farm-bred teenager will graduate high school this year and start spending more time focusing on his music. 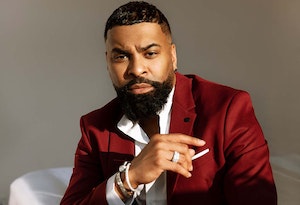 At 12 years old, Ginuwine was already performing with a local hip-hop group. Skip forward, and it wasn’t long before he had signed a deal with Sony Music. That’s all it took to launch a career filed with multiple double-platinum LPs and hit singles on R&B and pop charts. www.ginuwine.com Color Me Badd dominated the charts in the early 90s, with five singles from their debut album C.M.B climbing into the top 20. Their singles “All 4 Love” and “I Adore Mi Amor” hit the No. 1 spot. C.M.B. sold over 6 million copies worldwide and was certified 3x platinum. www.facebook.com/ColorMeBadd 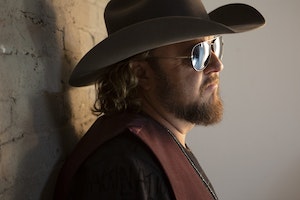 Best known for his genre-fusing combination of country and rap, Colt Ford has charted six songs on the Billboard Hot Country Songs chart. The former professional golfer released his debut album “Ride through the Country” in 2008 which peaked at No. 2 on the U.S. Heatseeker chart. His next two albums reached the top 10 of the U.S. Country chart with his fourth album “Declaration of Independence” shooting to the top of the chart. coltford.com Kentucky-born and Gospel-bred Elvie Shane released his debut single “My Boy” last year, which already moved up to No. 22 on the U.S. Country Airplay chart. A storyteller songwriter, Shane found his voice as an artist after penning “County Roads,” an ode to his upbringing. From “Miles” to “My Boy” his songs are deeply personal, telling the story of his life one lyric at a time. www.elvieshane.com 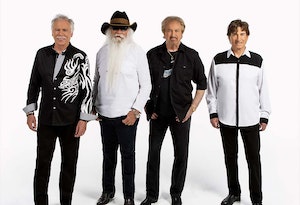 A country and gospel quartet, The Oak Ridge Boys have been entertaining Kentucky State Fair audiences for 46 years. The group has scored 12 gold, three platinum and one double platinum album; earned Grammy, Country Music Association and Academy of Country Music Awards; and were recently inducted into the Country Music Hall of Fame. www.oakridgeboys.com Graham Brown’s sprung onto the country scene with the sad and soulful “Drowning In Memories.” He followed that Top 40 single with “I Tell It like It Used to Be.” Other hits quickly followed, with his self-penned release “Hell and High Water,” which became his first number one song. His next single “Don’t Go to Strangers” rose to the top of the chart. Recently, his gospel album “Forever Changed” netted him a Grammy nomination. tgrahambrown.com 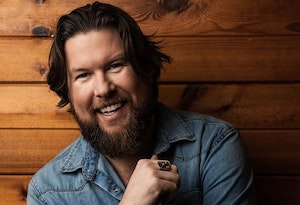 Christian singer and songwriter Zach Williams is a two-time Grammy winning artist. In 2019 his second album “Rescue Story” featured the title single peaking at No. 2 on the Billboard U.S. Christian chart. A second single, “There Was Jesus” featuring Dolly Parton reached No. 1 on the chart and went on to win a Grammy.  www.zachwilliamsmusic.com CAIN, a trio of siblings Taylor, Madison, and Logan Cain hail from Alabama, where these preacher’s kids first started singing as a family band. Their debut project was released last year. www.caintheband.com 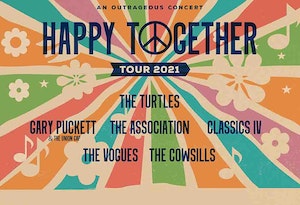 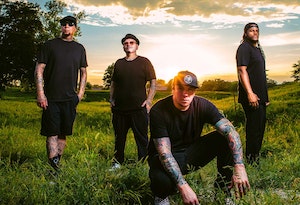 Popular nu-metal band P.O.D., best known for their hits “Boom,” “Youth of the Nation” and “Goodbye for Now,” has sold over 12 million records worldwide. Over the course of their career they have received three Grammy nominations, an American Music Award nomination, won an Echo Award for International Alternative Group of the Year and two San Diego Music Awards for Best Hard Rock Artist. P.O.D achieved mainstream success with their third album, which featured hits “Southtown” and “Rock the Party (Off the Hook)” which rose to No. 1 on MTV’s Total Request Live. www.payableondeath.com Unlike most bands, All Good Things wasn’t formed in hopes of becoming famous. The LA-based collective started by writing songs for video games and movies. When fans began demanding to know who created the epic high-energy rock anthems, All Good Things officially became a band and began creating music specifically for their fans. allgoodthings.la 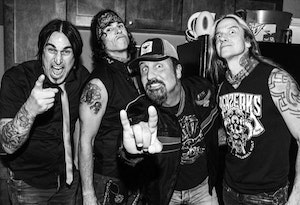 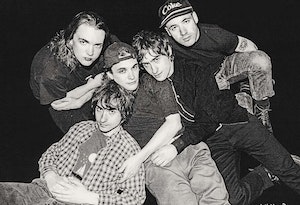 Louisville band White Reaper is best known for their song “Might Be Right” which rose to the No. 1 spot on the U.S. Alternative airplay chart and No. 6 on the U.S. Rock and Alternative Songs chart. The local garage punk band has released three albums “White Reaper Does it Again,” “The World’s Best American Band” and “You Deserve Love.” www.whitereaperusa.com The Tommys are a local rock band known for their high-energy covers of classic rock songs and one-of-a-kind live performances. 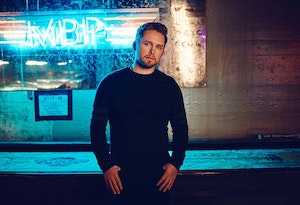 iHeartRadio Music Awards Best New Country Artist nominee Jameson Rodgers is quickly cementing his place as one of country music’s most intriguing singer/songwriters. Not only does the Mississippi native currently find himself enjoying the success of his Platinum-certified No. 1 hit “Some Girls” and his follow-up smash “Cold Beer Calling My Name” featuring label mate Luke Combs, but the 33- year-old is now utilizing these addictive songs as the firm foundation for his new EP “In It for the Money.” www.jamesonrodgers.com Hailing from Richmond Kentucky, Exile started as an American rock band before moving into country music in the 80s with numerous hits, including No. 1 songs “Woke Up in Love,” She’s A Miracle” and “Give Me One More Chance.” www.exile.biz A Kentucky native, JD Shelburne grew up on country, gospel and pop rock music. He began his career playing small bars in Louisville and Lexington before taking the stage at events such as the CMA Music Festival, Quaker State 400 NASCAR Race and NCAA Women’s Final Four. JD’s current single “Bottom’s Up Sundown” is paving the way to his forthcoming album “Straight From Kentucky.” www.jdshelburne.com 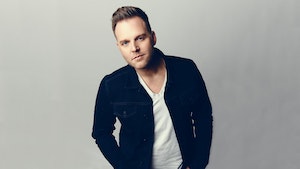 Matthew West is a five-time Grammy nominee, a multiple ASCAP Christian Music Songwriter/Artist of the Year winner and a 2018 Dove Award Songwriter of the Year (Artist) recipient. He has received an American Music Award, a Billboard Music Award, a K-LOVE Fan Award and named Billboard’s Hot Christian Songwriter of the Year Contemporary Christian band We the Kingdom released their debut album in 2019, which shot to the No. 3 position on the U.S. Christian chart. Their song “Holy Water” rose to No. 2 on the Billboard Hot Christian Songs chart in February 2020. www.wethekingdom.com Harlan-native Jordan Smith rose to fame when he won season nine of The Voice. His first album debuted at No. 2 on the U.S. Billboard 200, the highest debut of any winner in the show’s history. During his time on The Voice he launched eight songs to the iTunes Top 10, the first artist from any season to hit the Top 10 every week. www.jordansmithofficial.com.