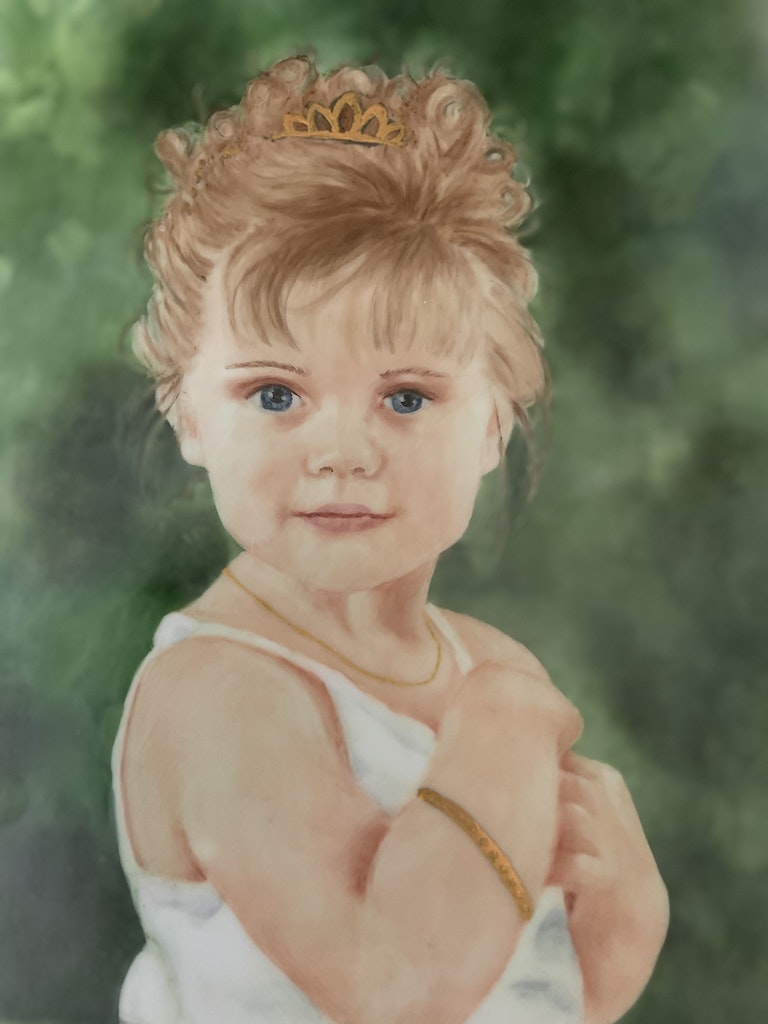 Little known fact: what’s often called “China Painting” is actually a misnomer. The works created are made with oils painted onto porcelain., This ancient art has a history dating back to the Chinese Ming Dynasty between 1368 and 1644 and even pottery found in ancient Greek ruins. You’ve probably seen well-known pieces without even knowing!

Debbie Higdon has painted in the medium for 20 years and  got her start after receiving a beautiful piece of china at the Bullitt County Woman’s Club. When she found out it was hand-painted, she was enthralled. The artist who introduced Debbie to the craft was Joan Walker, a founding member of the Eames Guild of Porcelain Artists, who eventually became Debbie’s mentor.

“This is a beautiful art form that does not receive the attention and accolades it deserves, especially in the United States. The countries in Europe, Asia and South America embrace and support this art form. The perception here is of little old ladies painting teacups and it is far from that,” said Debbie.

Her preference is to paint portraits of children, still life pieces, landscapes and animals, pretty much anything other than flowers. She has won an international award from the IPAT and showcased her work in several museum shows.

Painting on porcelain requires a lot of patience. After applying each layer of paint the piece must be fired in a kiln at 800 to 1600 degrees Fahrenheit before the next layer is completed. The end result is incomparable. There’s a reason we still admire the Ming Vases and museums showcase pottery from ancient Greece and Italy.

If you’re interested in taking up porcelain painting there are four active groups in the state of Kentucky.

Additionally, you may contact the World Organization of China Painters(WOCP) in Oklahoma City, wocp.org and the International Porcelain Artists and Teachers (IPAT), in Grapevine, Texas, ipatinc.org for additional clubs and teachers.