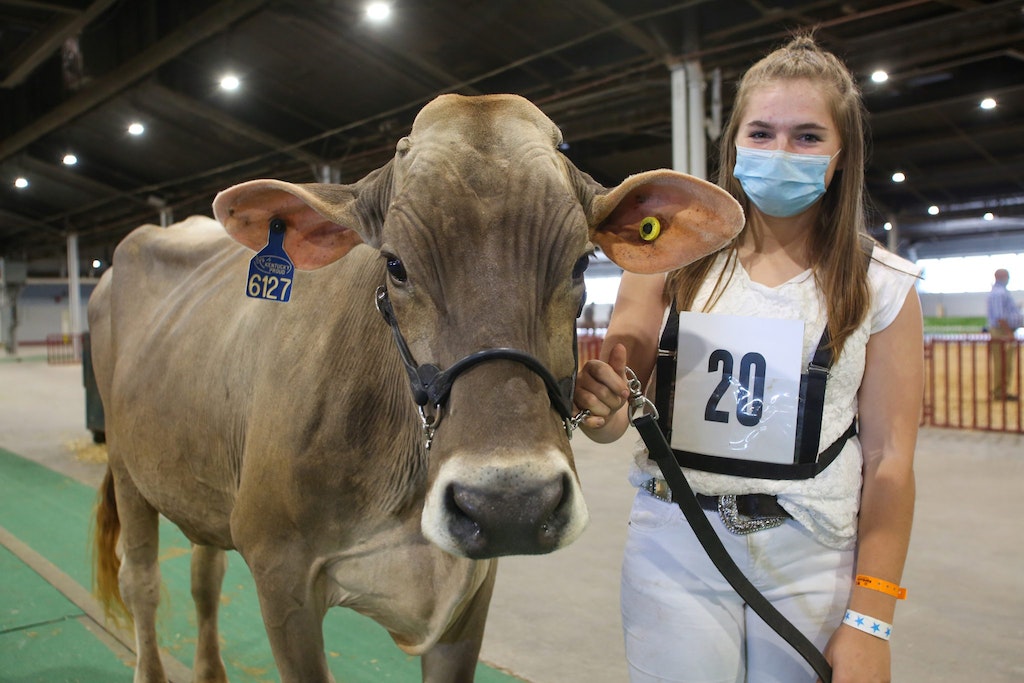 “In the face of unprecedented challenges, we focused on the core elements of the Fair. Shifting to a participant-only event allowed us to safely celebrate the agriculture heritage of the Kentucky State Fair and strong traditions of the World’s Championship Horse Show,” said David S. Beck, President and CEO of Kentucky Venues.

FFA and 4H exhibitors from across the state participated in the Championship Drive, which awarded 20 banners across four divisions of market animals. This year’s champions are:

In order to help the 4/H/FFA youth compete, Farm Credit Mid-America stepped up as a presenting sponsor for the junior livestock shows. In recognition of the unusual challenges the Kentucky Department of Agriculture, Kentucky Cattlemen’s Association, Kentucky Farm Bureau, Kentucky Soybean Board, Kentucky Pork Producers, and Kentucky Corn Growers increased their support this year.

“FFA members prepare all year long for those few moments that they get to spend in the ring, and always dream of getting to show at the Kentucky State Fair. Our members could not be more grateful for the opportunity that they have been given to continue pursuing their passions of livestock and showmanship,” said Mallory White, Kentucky FFA President.

Even without in-person spectators, the World’s Championship Horse Show hosted the diamond-caliber competition, culminating in crowning “I’m Lookin At You,” owned by Nissa and Kelli Sultan and ridden by Matt Shiflet, the 2020 World’s Grand Championship Five-Gaited Champion.