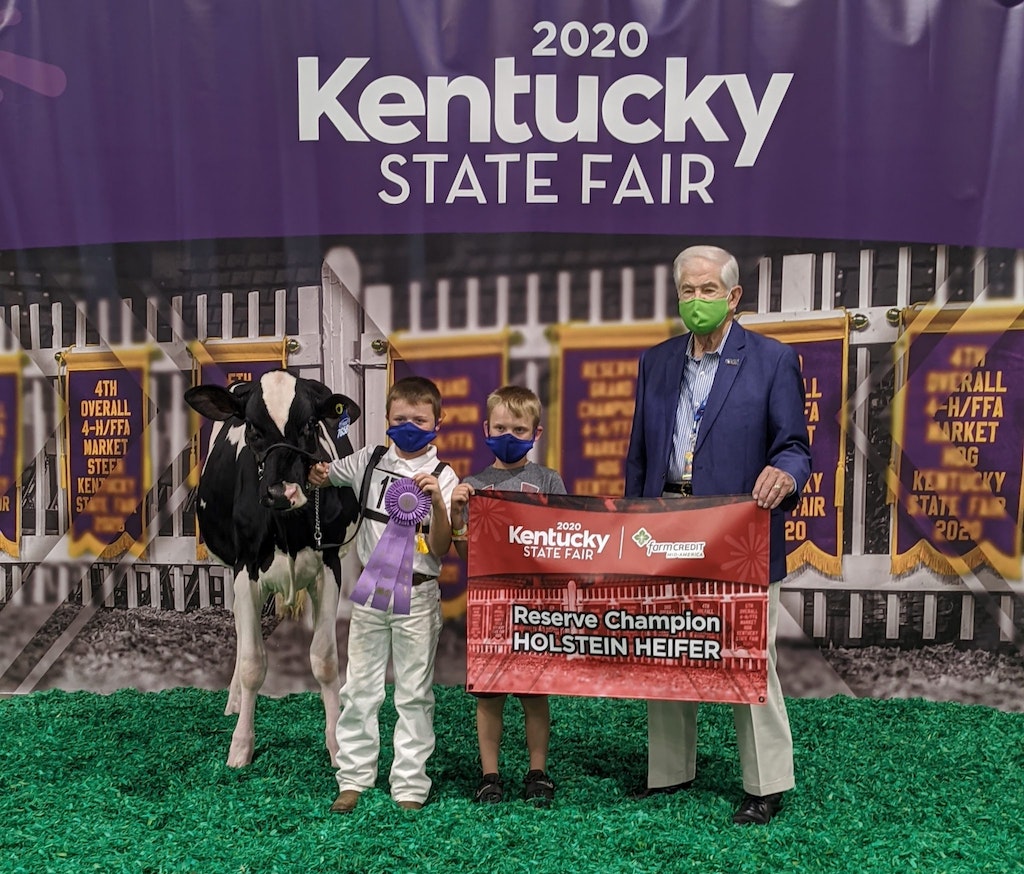 Colt Buckley has learned a lot about dairy farming in his short life. Though he may be young, only 11-years-old, he’s gained a lot of knowledge about responsibility by helping out on his family farm.

Raising dairy cattle is a lot of work. Each morning he wakes up early to feed and care for his livestock. Then he helps his dad around the farm until it’s lunchtime for both him and the cows. That’s when he feeds them hay and mucks their stalls. Later in the afternoon they wash their cattle, keeping them clean to help prevent diseases, feed them and then practice leading to get show-ring ready. It’s all in a day’s work for Colt and he understands the importance of taking his job seriously.

“My favorite thing to do on the farm is showing cows,” said Colt, adding that all of his hard work pays off when he wins a ribbon or banner at a competition. He’s been showing since he was just one-years-old, when his parents helped him in the children’s class. He’s a born showman, following his father’s footsteps into competition.

“Every year I look forward to going to the Kentucky State Fair because that is where you get recognized for your hard work. I can’t remember a time at the state fair where I wasn’t having fun,” said Colt.

Wise beyond his years, Colt thinks everyone should appreciate farmers because it’s one of the hardest jobs in the world.