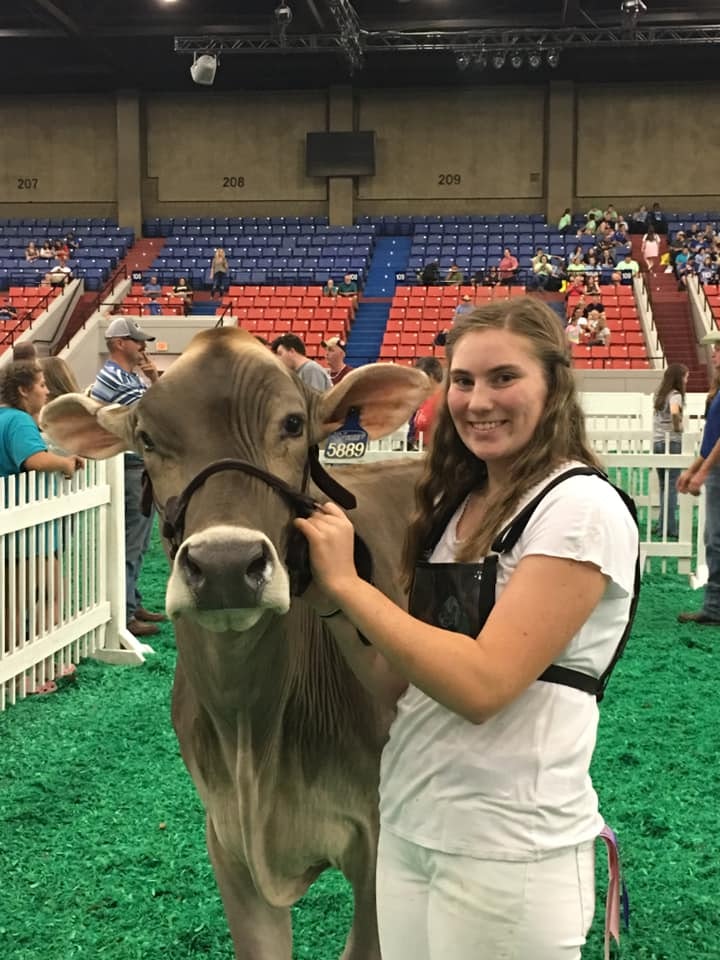 Not many people find their passion early in life, but listening to 19-year-old Skyla Lawless talk about dairy cattle makes you certain she’s found hers.

She’s well-versed in the nuances of raising cattle, spending hours going through different pedigrees deciding what genetics to cross, what feed to use and how to care for her cattle to get the desired results. For Skyla, learning is a never-ending process and it’s part of what she loves about farming.

“I can honestly say I have gained more from raising dairy cattle than I ever have from a class or a textbook,” Skyla said. “By living and working on a dairy farm my entire life I feel I have been given an upper hand in life as I have learned from a young age that life begins but it also ends, that there are daily challenges that have to be faced and no matter what you do not give up.”

There are no typical days on a dairy farm. Each day comes with its own challenges but Skyla’s family motto “farming is a hard life but a good life” helps them get through the difficult days. She spends a lot of early mornings and late nights on the farm, getting up early every morning to milk the cows, feed the calves and repeating the process again each evening. That’s the expected work, but there’s always something extra whether it’s mending fences or delivering calves.

Skyla has been exhibiting at the Kentucky State Fair since 2012 and she considers it a second home. For her the Fair is about more than ribbons or banners, it gives her an opportunity to be an “Agvocate,” advocating and sharing her knowledge of agriculture with fairgoers who haven’t experienced life on the farm. According to Skyla, most farmers are happy to answer questions about their farms, explain how they care for their animals and help educate the public on what Kentucky agriculture truly looks like.